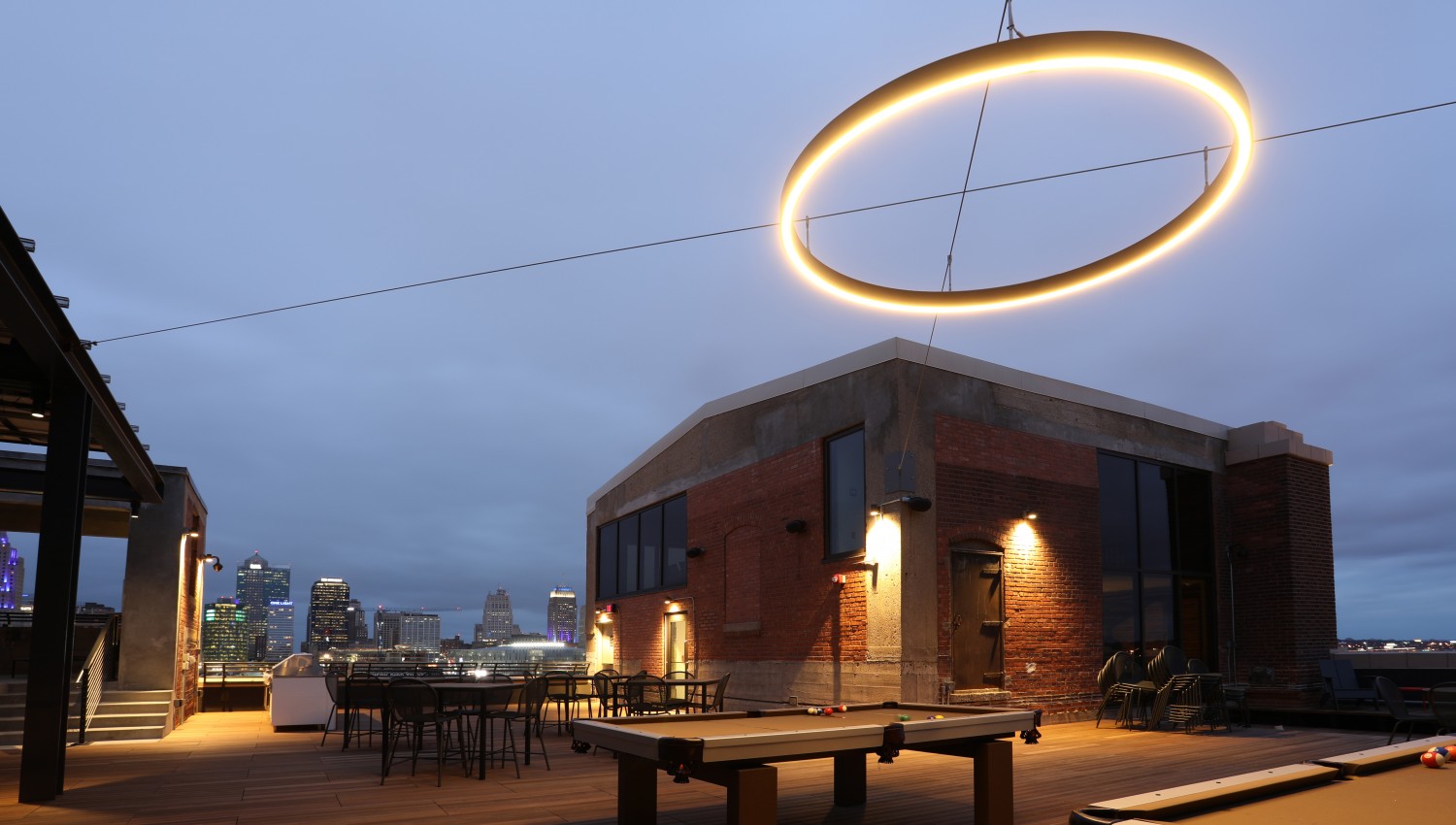 to create something unforgettable

Now you can use wood in ways you’d never imagined. For structural creations, where once, only steel and concrete would be the option – Accoya brings structural stability and design flexibility to the table, combined with the aesthetic that only real wood can truly deliver.

From innovative builds and impressive underwater bridges to outdoor sculptures, landscape timbers and art installations. The possibilities are endless.

With our unmatched 50-year warranty for above ground applications and 25 years below ground or in fresh water, feel confident that your Accoya creation will stand the test of time.

Stringently tested, Accoya offers an industry leading warranty period for its outstanding durability – both above and below water. 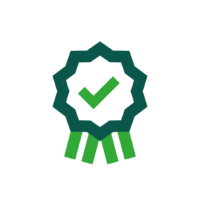 that stands the test of time

Smooth, brushed, charred – whatever your design demands, you can choose from a multitude of custom finishes. And minimal distortion means minimal maintenance. 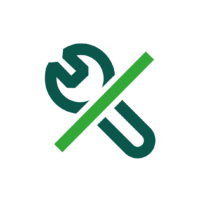 Accoya is a world-leading natural solution against huge global environmental concerns – including climate change, ecosystem destruction and finite renewable resources. All of which, could make your design a masterpiece in sustainability. 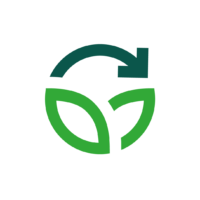 What are Landscape Timbers? Landscape timbers is a catch-all term used for wood that is rot resistant and therefore better suited to outdoor conditions. Traditionally landscape timbers have been manufactured from tropical hardwoods or chemically treated softwoods which for many consumers, have unacceptable environmental consequences.

Our non-toxic wood modification process gives Accoya wood unrivaled durability and resistance to rot. This makes it perfect for demanding exterior and in-ground landscape timber applications. Accoya water-resistant timber is thoroughly tested and we are so confident that it will perform that we provide a 25 year warranty for below ground or fresh water applications. 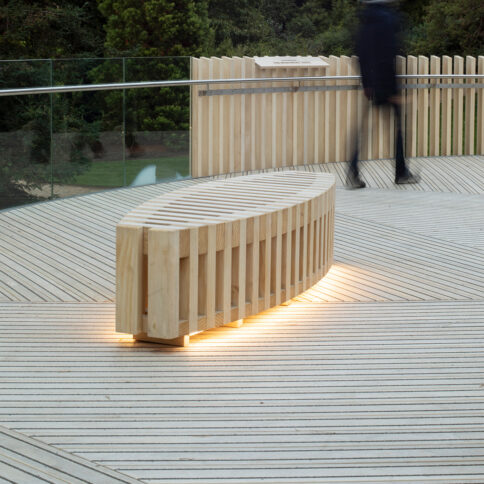 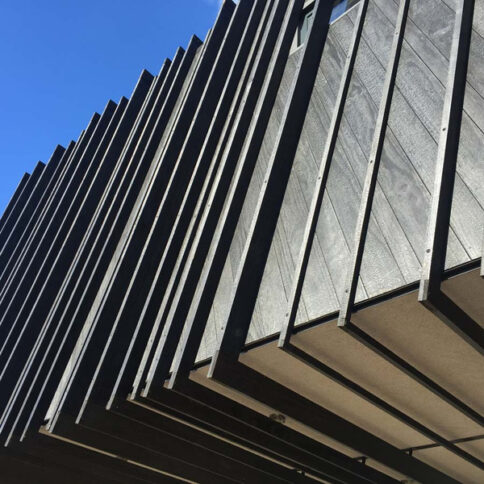 The West Brabant Water Line is an early 17th century Dutch defensive line that was created by linking cities and villages with earthen fortresses and walls. An inundation zone to the north provided an area that could be flooded with water deep enough to make enemy advance on foot precarious but shallow enough to rule out the effective use of boats. The line once successfully held Spanish and French invaders at bay.

As part of a recent restoration programme, Fort de Roovere, the largest fort on the line required the addition of an access bridge. The fort is surrounded by a moat and was originally built without a bridge so it was a challenge to create one that would be discreet.

RO&AD architects’ solution was to build a ‘sunken’ bridge that follows the line of the fort slope and sits almost flush with the soil and the level of the water, making it practically invisible as you approach the fort.

The bridge is built from Accoya wood sheet piling on either side, with a hardwood deck/stairs in between. Accoya wood’s durability and guaranteed performance in-ground and in freshwater made this possible. 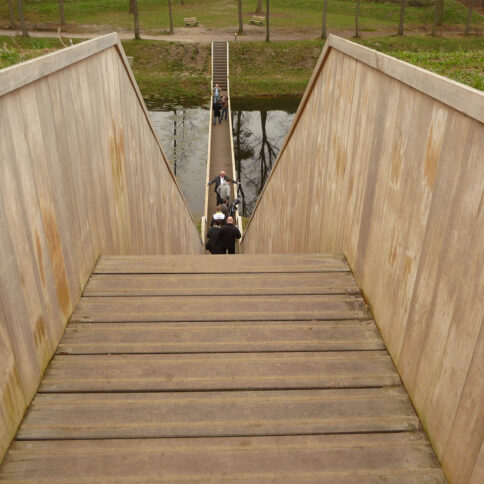 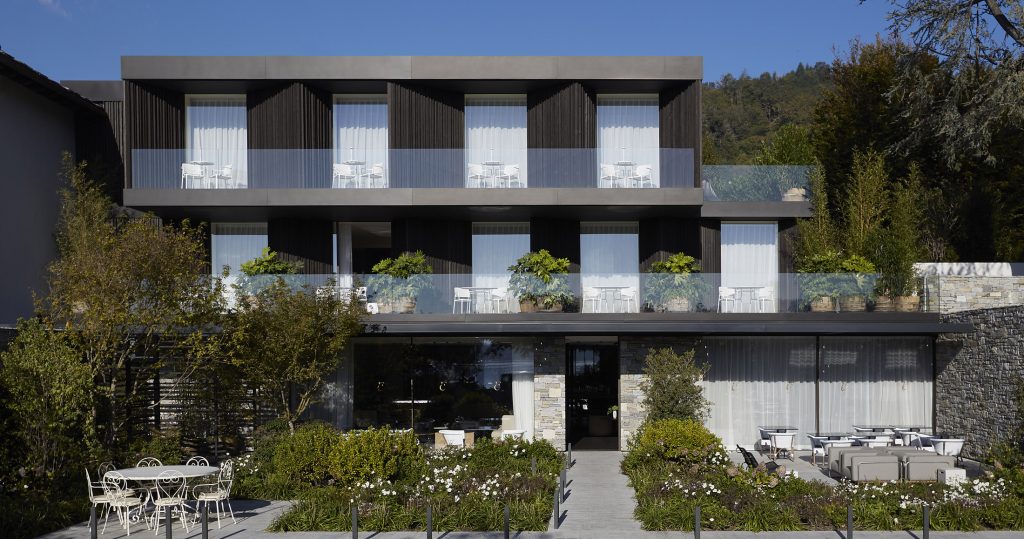 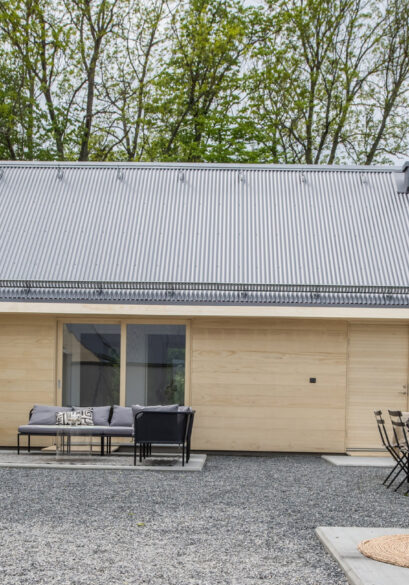 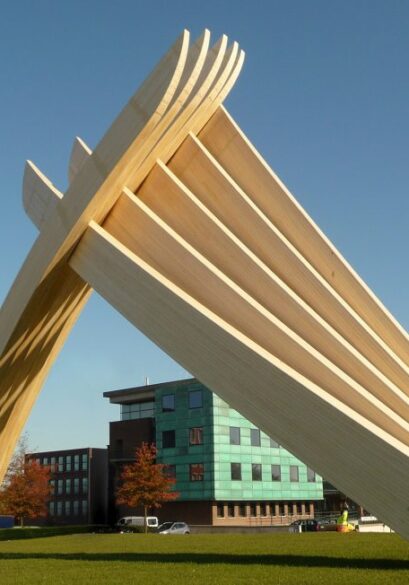 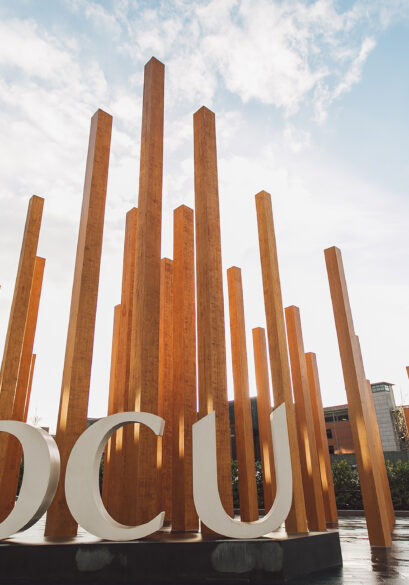 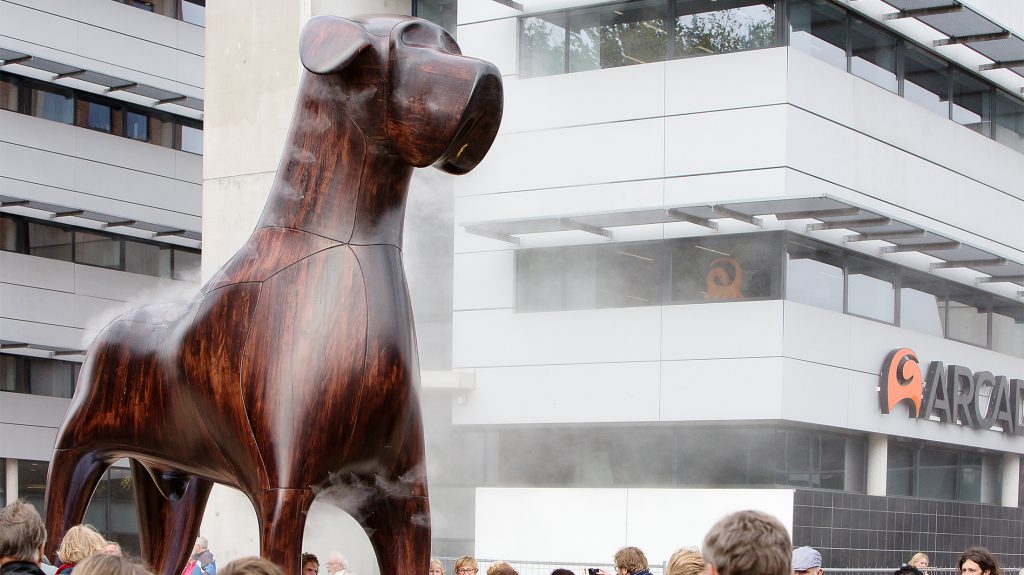 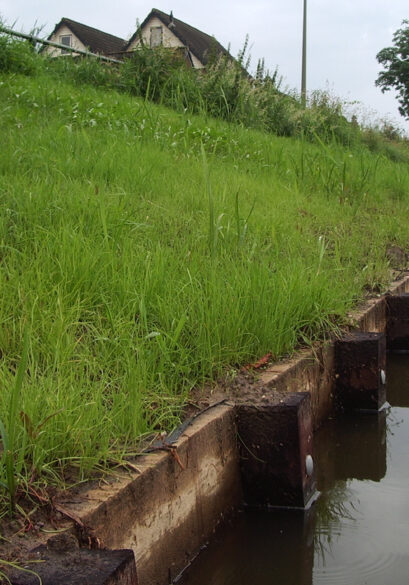 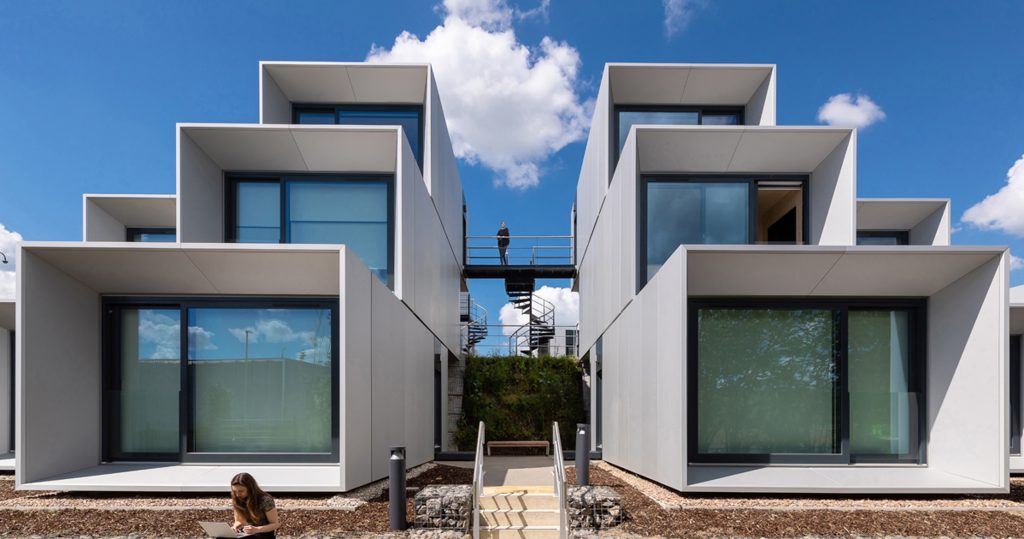 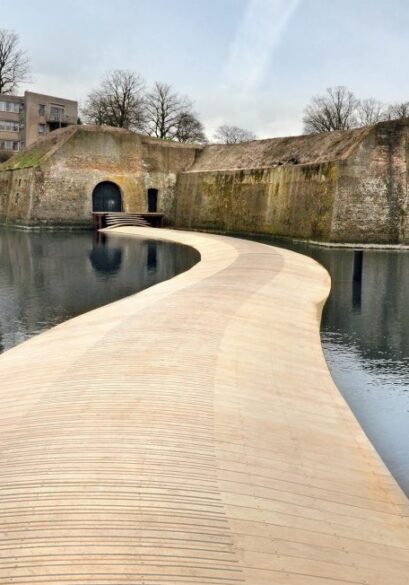 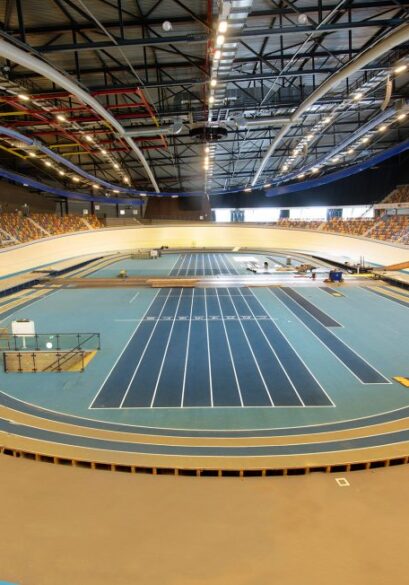 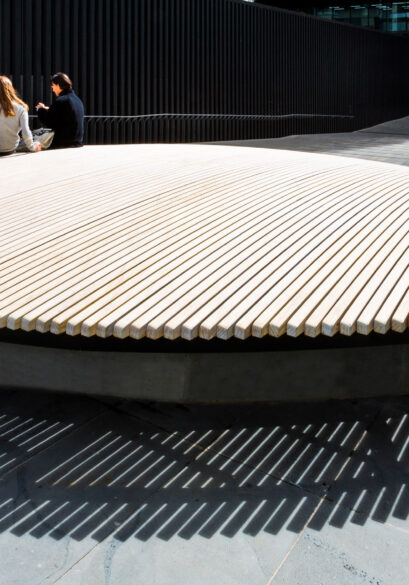 A series of architectural feats and firsts from Accoya® Wood

A look at striking architectural projects around the world 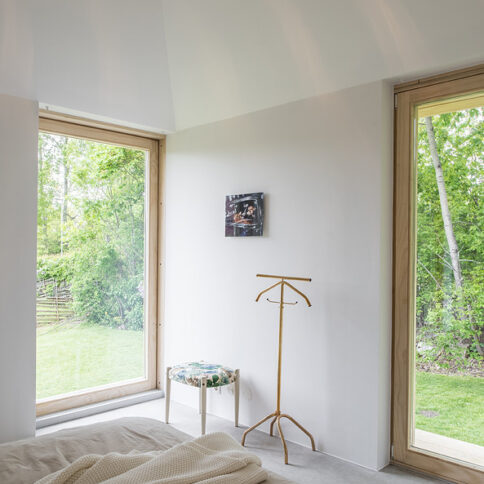 Choosing the right materials for health and wellbeing 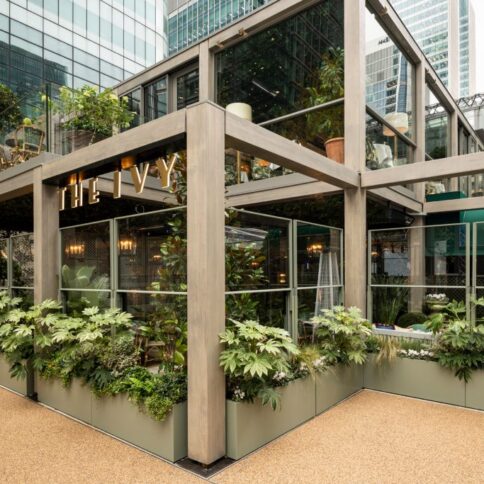 The Ivy in the Park, in Canada Square Park, London chose an Accoya facade. 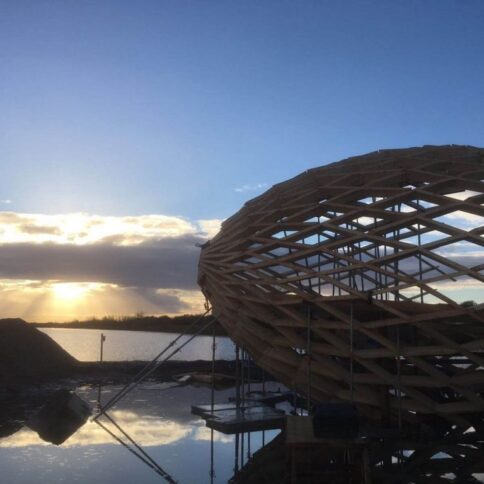 A unique wooden egg intended as a bird observatory.