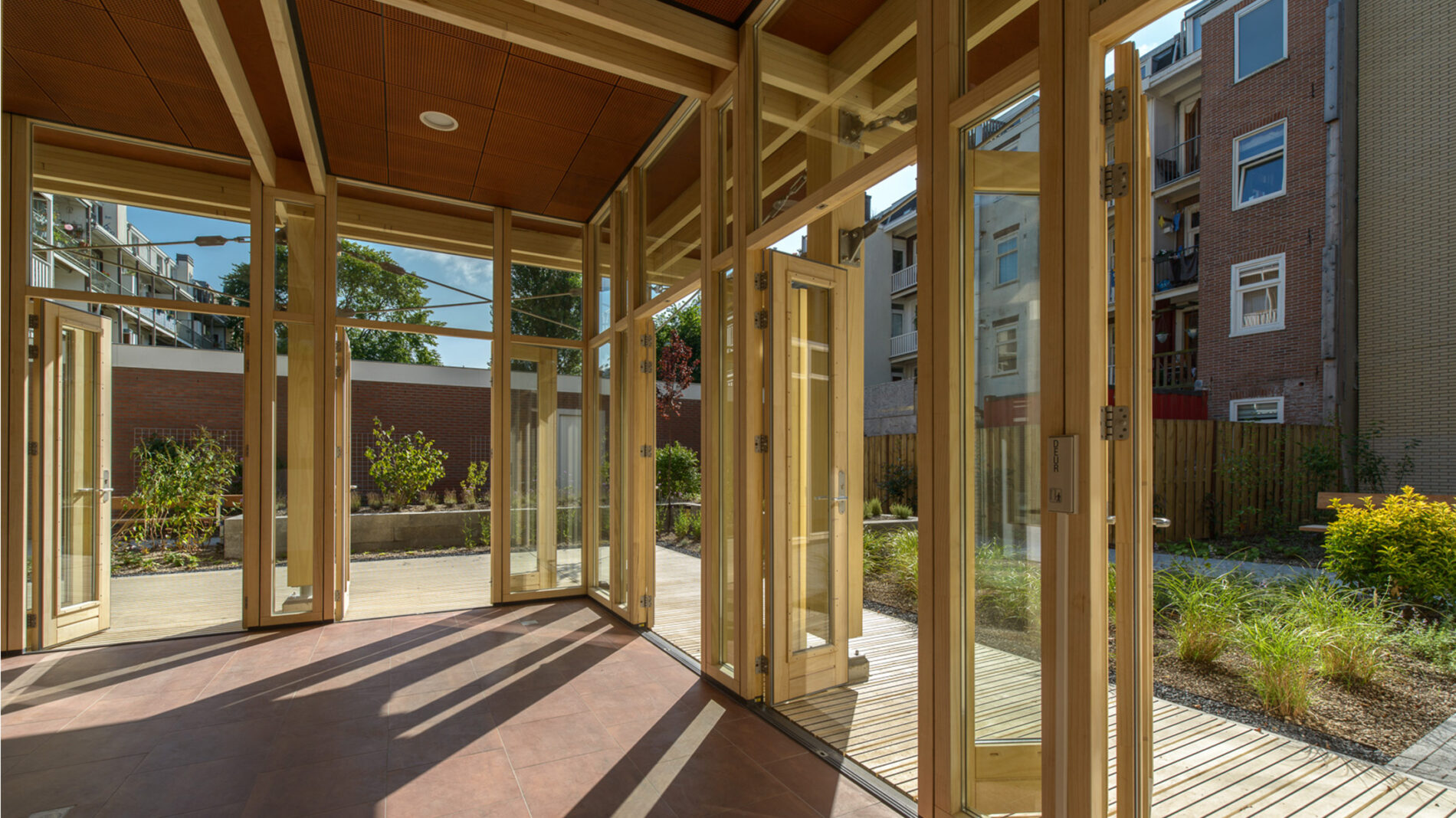 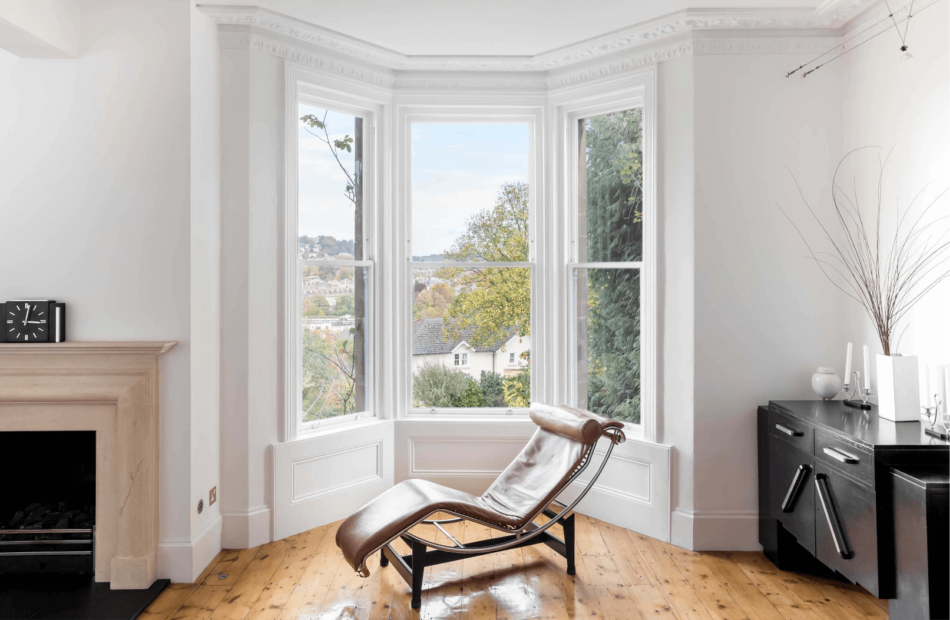 Won over by wooden windows

As a journalist who can spot a snake-oil salesman at a thousand paces, not least because the people who peddle the too-good-to-be-true tend to be slithery, it’s very rare for me to come across a so-called wonder product that lives up to its claims.

And it’s even rarer when such a product has the potential to dramatically reduce the amount of plastic that’s choking our seas, clogging our landfill, and ruining the planet.

But it would be pious and disingenuous of me to pretend I discovered the product because I was setting out to save the Earth.

No, all I wanted to do was replace two wooden windows to keep my wife quiet.

They’d been rotting away gently when I first bought the house 32 years ago, and I’ve been fending off almost weekly attempts by every double-glazing salesman in the universe to persuade me to replace them.

The problem has been what to replace them with. I loathe uPVC windows with a vengeance. I would rather die than have them in my home, modest little house though it is.

Not only are uPVC windows unforgivably ugly, but they have ruined just about every streetscape in most parts of the UK.

The people who designed the original windows for the houses around here, whether they were Victorian, Edwardian or Thirties’ semis, knew what they were doing.

The windows were wooden, and they were always simply but beautifully proportioned. Whether a window opened or not, the frames appeared to be the same width, something that any half-decent joiner could achieve with his eyes shut.

And yet, when the uPVC revolution swept in, the sense of proportion was swept away and the frames of windows that opened became twice as wide.

That resulted in the window panes being different sizes instead of uniform, a triumph of function over design that has ruined the character of swathes of our urban streetscapes.

Few if any uPVC window makers appreciate that and would either have the skills or take the trouble to make their creations optically appealing, so I knew my windows would have to be wooden.

Apart from people who are forced by the authorities to have wooden windows because they live in listed buildings or within conservation areas, those of us who want wooden windows for their own sake are sometimes seen as a tiny and eccentric minority.

The answer is that wooden windows, if properly made, do not have to warp and stick or rot, whereas uPVC windows look ugly from Day One and will become progressively uglier for the next 30 years as they discolour and degenerate in defiance of the salesmen’s long-ago claims.

Look at any reputable joiner’s website and you’ll see that wooden windows have moved on a great deal in recent years, with state-of-the-art draught-proofing, rattle-proof sashes, and factory-finished paintwork that will last for years.

But there is wood, and wood. Do you go for the cheapest softwood, an exotic hardwood, or engineered wood, a type of sandwich of woods that’s less likely to warp or twist?

While I was trying to tell the wood from the trees, several of the joiners I asked for quotes offered to make my windows from Accoya at extra cost.

I’d heard of Iroko, Meranti and Sapele, but certainly not Accoya. I fondly imagined that an Accoya was a little tree somewhere, and I wondered whether having my windows made from it would further endanger the species.

Googling my way to the Accoya website, I discovered that it’s not a tree at all, and neither could it ever be endangered.

Accoya, I learned, starts off as fairly ordinary softwood but is transformed by a patented process into a material that won’t warp, twist, split, shrink or expand and, most importantly, is guaranteed not to rot for at least 50 years.

That makes it the perfect material for making windows, doors, soffits and fascias – all products that have been almost universally made from uPVC for decades.

More importantly, for me at least, it means I can have wooden windows with all the elegance of traditional-style sashes and properly-proportioned panes, but with a longevity twice that of most uPVC windows.

They will be as draught-free and trouble-free as a uPVC pretender, but without the clunky, clumsy and downright ugly design that so many millions of householders thought they had to settle for.

I’ve had discussions with uPVC window makers who’ve looked at me in incomprehension and disbelief when I’ve asked why they don’t make their window frames the same width whether they open or not, and I’ve seen literally millions of houses that have been ruined by having such ill-designed monstrosities inflicted upon them.

Accoya could bring about the demise of the uPVC window industry singlehandedly as householders wise up and realise they can have elegance as well as functionality and durability – once, that is, people get to hear of it outside the narrow circles of the joinery industry and the architecture profession.

At the moment, any of us wanting to replace a rotten wooden fascia or soffit board would think twice about using anything other than uPVC, as that’s almost all that’s available, and everyone else seems to use it.

But the same fascia or soffit made of Accoya will last twice as long and look so much better.

If we could go into our local B&Q or Wickes and buy lengths of fascia or soffit in Accoya, we’d be much more likely to use it, whereas if we ask our local builder or guttering specialist, they’ll try to talk us into using uPVC.

It’s the same with windows. If we householders need to replace our windows, just about every result on Google will be for uPVC, almost as if the algorithm assumes that no-one in their right mind would want anything else.

The only way we’re likely to hear about Accoya is if we search for specialist joinery companies that make wooden windows.

They might mention Accoya as an extra-cost option, as might our architect if the project is big enough to merit one, but the purveyors of plastic wouldn’t tell us about Accoya even if they knew.

How many people would continue to buy plastic windows if they knew that the damage to the planet caused by the UPVC manufacturing process is actually greater than the amount of energy the plastic windows will save over the decades?

What if they knew that windows made of Accoya should last at least twice as long as uPVC, and that they wouldn’t warp or stick or rot or have any of the drawbacks that uPVC pushers have been relying on for decades to put people off wooden windows?

Don’t get me on to doors, whatever you do. Millions of front doors that were designed to suit houses perfectly have been replaced with uPVC embarrassments that are completely out of character with the building and seem to be competing in an Ugliness Olympics with the uPVC designers jostling like limbo dancers to achieve new lows in aesthetics.

Yes, uPVC doors can last, allegedly, for 30 years, but if they’re unspeakably unsightly from Day One, why would you want them to?

An Accoya door and frame, in contrast, should last for twice that and won’t suffer from any of the problems that dog traditional wooden doors.

Thanks to the likes of David Attenborough, we’ve only just woken up to the damage that plastic is doing to the sea, the land and our environment – a problem that can only be solved by producing less of it.

Imagine, if you will (and I find this hard to do myself, as I’d rather not think of even one uPVC window at a time, never mind millions), what a dramatic difference it would make to our production and consumption of plastic if we all replaced our worn-out windows with beautiful wooden versions instead of ugly plastic.

If we all chose to have those windows made from exotic hardwoods, it would replace one problem with another by causing deforestation, but by using Accoya instead, we’d be able to cut out the plastic without devastating the rainforests.

Accoya is made from very ordinary softwood which is plentiful, easily grown, and never likely to run out.

The makers, a company called Accsys, take that basic softwood and subject it to a process known as acetylation, which involves changing the chemical composition of the wood so that it no longer absorbs or reacts to moisture.

The result is Accoya, a type of modified wood that has all of the upside of natural wood with none of the downside.

It means doors and windows made of it will open freely all year round, French windows won’t warp or bow, and any paint finish you put on them will last twice as long.

Accoya is chemically inert, meaning it’s non-toxic, and it can be worked with as easily as any other kind of wood.

The joy of it, planet apart, is that house-proud people can finally have wooden windows again that suit the character of their homes, add elegance to the neighbourhood, and will last well beyond half a century.

At 58, it’s highly unlikely that I’ll still be around to see my Accoya sash windows wear out, but I shall at least have died knowing that my little house had the most beautiful windows in the street, that future generations will still be admiring them, and that I’d avoided inflicting decades of ill-designed and indefensible ugliness on the streetscape by choosing plastic windows that squandered the Earth’s resources in the manufacturing process yet had been sold, unbelievably, as an environmentally-friendly product.

The Editor of the luxury lifestyle publication Prestigious Magazine and is the author of the consumer self-help manual Throw The Book At Them! The Art of the Well-Aimed Complaint. 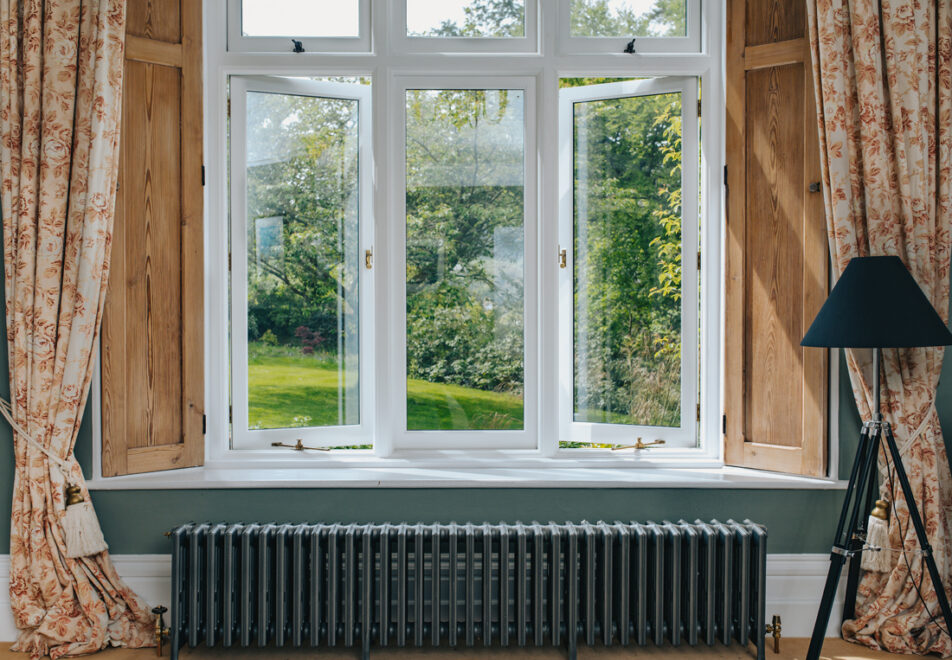