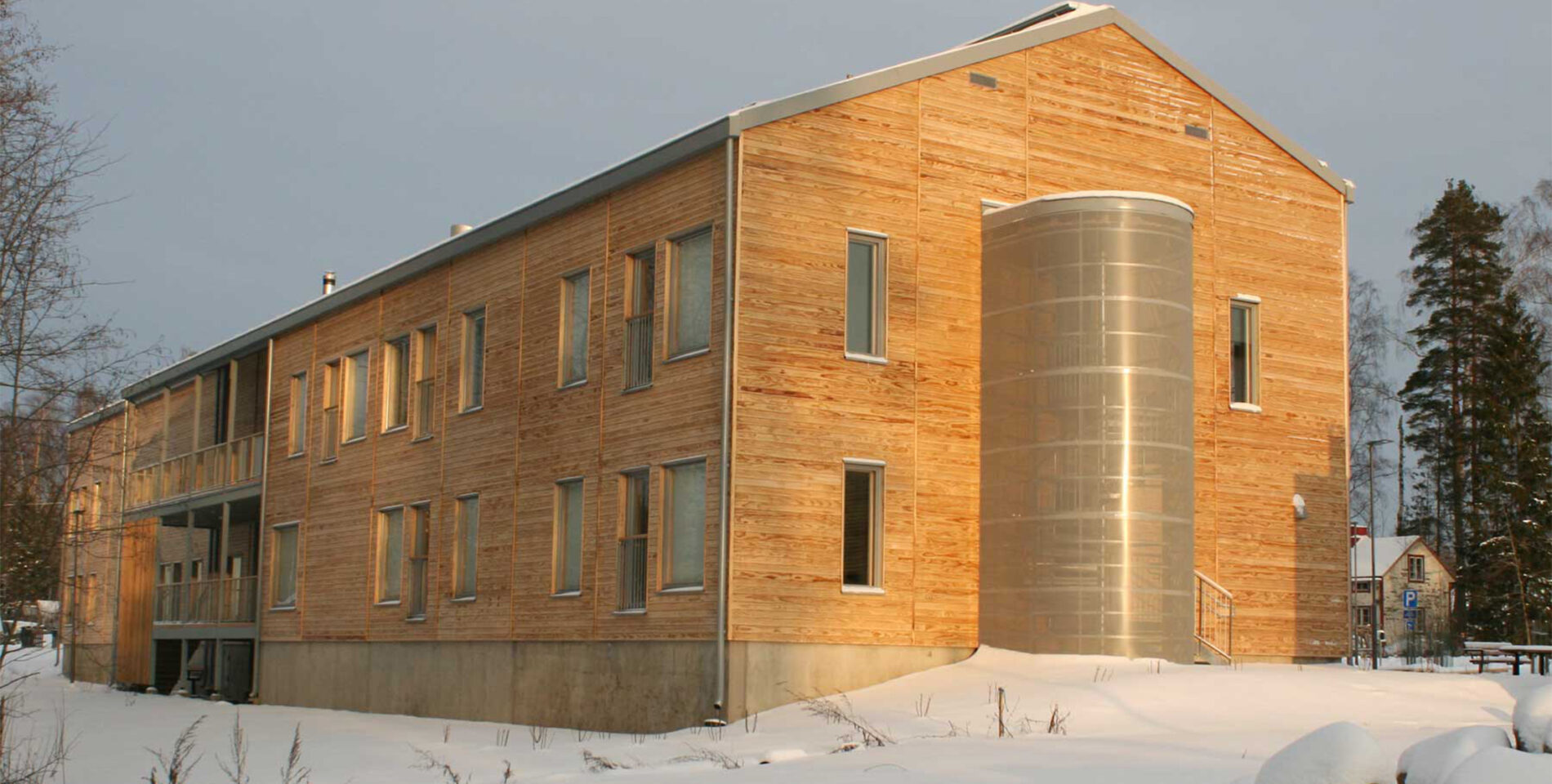 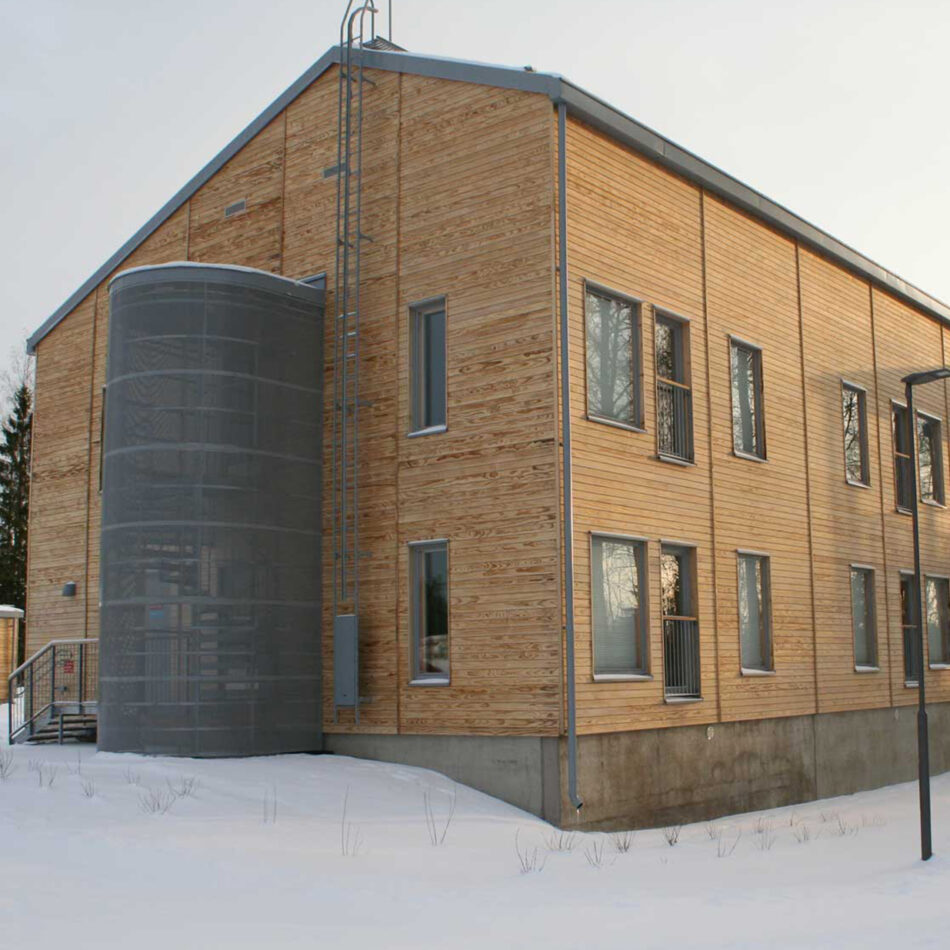 Finnish charity, KVPS Tukena Oy, builds and creates services for people with learning disabilities and special needs. A recent project based in Lintuvaara, a district in the city of Espoo, Finland, was initiated by a group of parents whose children use the KVPS services. Their idea was to build homes for their children who are now young adults living with learning disabilities, giving them independent living, which met their needs and included some facilities shared with people just like them. The project which began in March 2018 was completed later that year in December and residents moved in early 2019.

The building is named Aurinkolinna which translates in English to ‘Sun palace’. It includes 20 30m2 apartments with 24-hour living support, as well as shared living and kitchen facilities. The entire building is covered in Accoya wood façade panelling. Accoya was the chosen material for this project because of its many benefits. The 50-year warranty against rot and its environmentally friendly properties, including being non-toxic, were desirable, but the weather resistance and minimal maintenance qualities of Accoya made it the ideal choice.

The Accoya wood was left uncoated. The natural grey of Accoya wood over the years was a feature the architects were satisfied with. 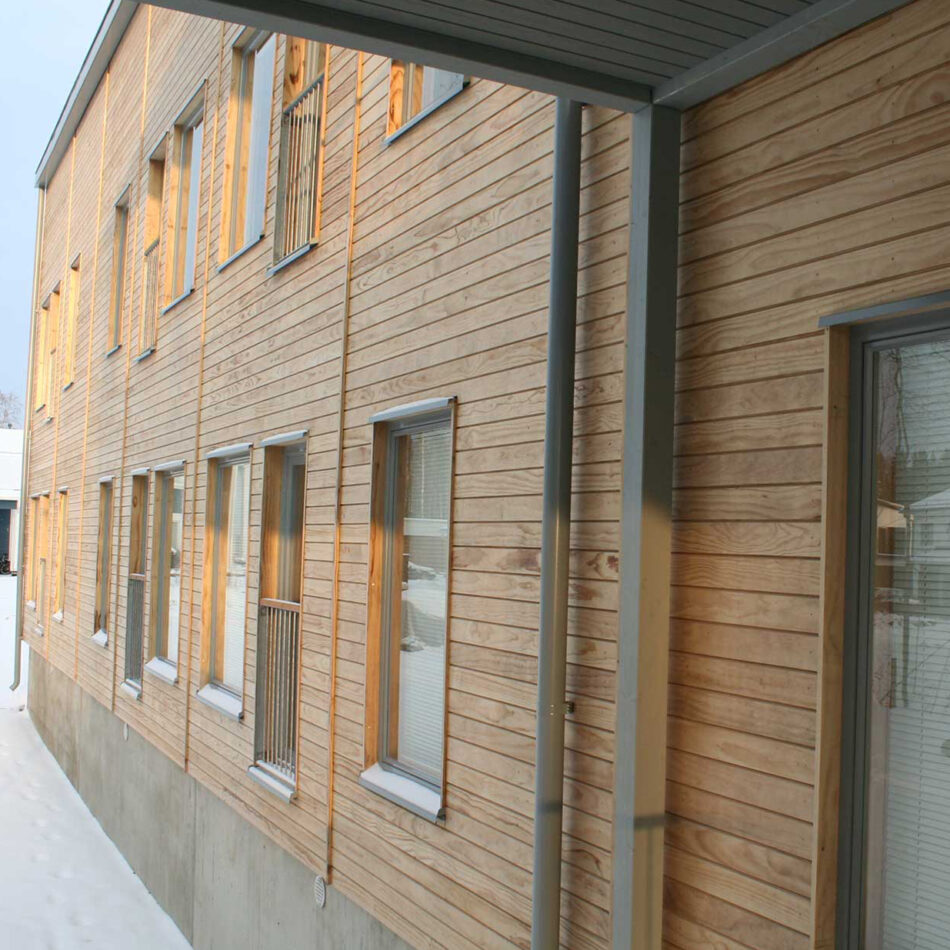 Applications used in this project 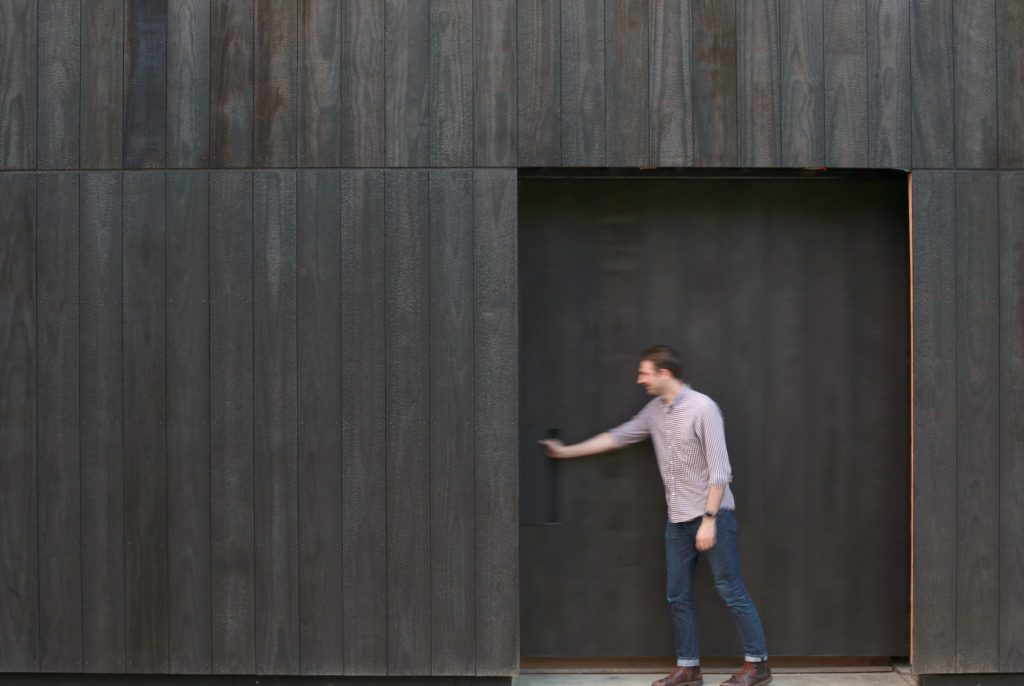 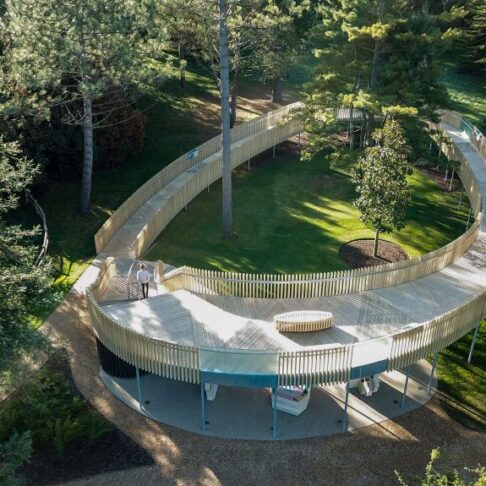 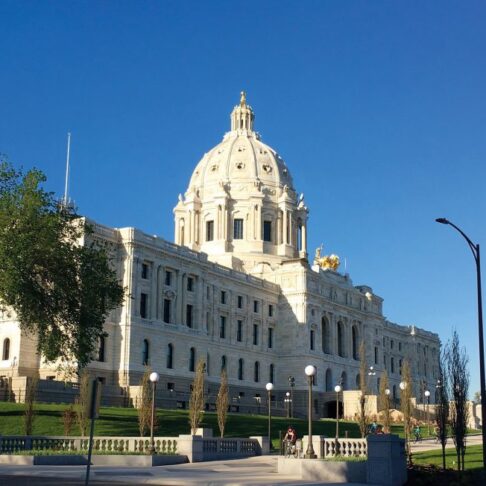 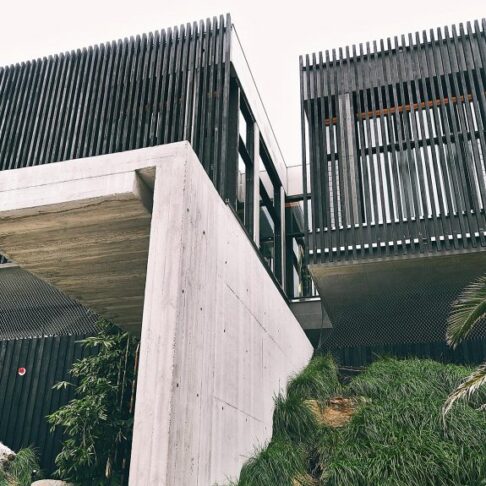 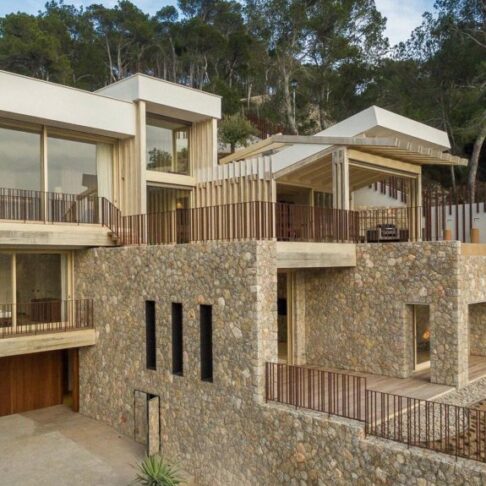